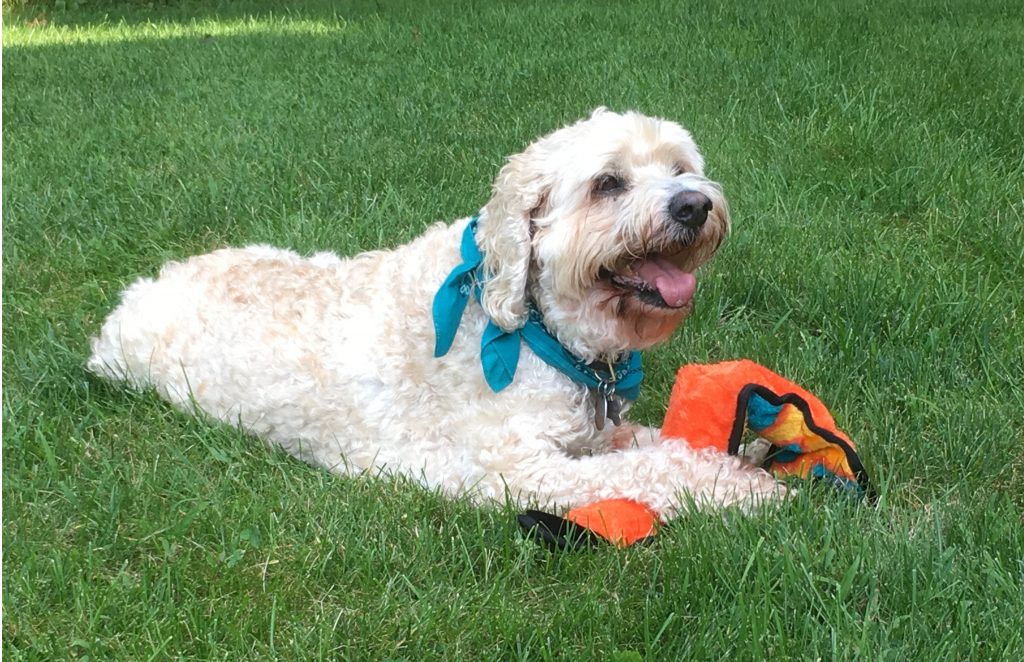 “A dog is the only thing on earth that loves you more than he loves himself.” ~ Josh Billings

If you have or have ever had a dog you know this to be true.

My story begins as most stories do, the adorable puppy charms his way into our hearts and souls, and lives and grows through our shared life journey, bringing so much joy and so many gifts and lessons to the family that loves and cares for them.  Dogs are selfless creatures – giving their all to the ones they love.  Ditto had an uncanny innate sense of compassion, always knowing when and who needed his licks and nuzzles, or just his presence.

Last spring and summer I responded to numerous posts of friends who had lost a pet, knowing full well that I was in line waiting to join yet another club, like I had joined the dead father’s club when I was one of about a dozen friends who all lost our fathers within a few months time.

Two and a half years ago my dog Ditto’s sister Rogue died abruptly when she was staying with us for the summer.  I had known that my dog Ditto had heart issues, and that we could do further examination and testing.  He wasn’t showing acute signs of the condition, seemed to be doing well and was happy.  But Rogue’s sudden departure from her home away from home while her mother and my good friend was away, stunned me, and brought on my action to take Ditto to a veterinary cardiologist.  There he was given an ultrasound, examined, diagnosed and prescribed several medications.  It was a progressive heart condition that would eventually mean congestive heart failure.  We came home and kept walking and playing, and he kept wagging his little tail.

Over the next two years there were some close calls – where my vet told me I should call my kids and let them know that Ditto was in decline.  But somehow he would always pull through.  Our vet and acupuncturist (he had been receiving acupuncture for over a year to help with his back and back legs and then his overall constitution) regularly informed me that he was a miracle dog, that it was truly miraculous that he was still with us.

Every morning that he popped his head up and thumped his tail on the bed good morning was a blessing.  He was so happy to be with us.  I loved the way he greeted us at the door with a ball, a toy, or a shoe, wagging his tail so fast that it became one big blur.

This past June he began to get very skinny and boney.  All my kids were coming home for the summer, and I crossed my fingers that they would all make it home to see and spend time with him.  It was so hard to see him wasting away – cachexia my vet said, apparently that was what was happening due to his heart and chronic illness.  He could no longer take the long walks to the beach and back and so I enlisted my husband and one of my sons as “Doggie Ubers.” We would walk to the beach and then I would call the “Doggie Uber” to pick him up and take him home.  We joked about the Uber.  We joked about how he loved watching television in the evenings with us.  He was just happy to be with his family.

He and I had been having regular and multiple middle of the night dates for several weeks.  I was use to getting up, even though some nights I could barely drag myself out of bed let alone carry him downstairs.  I seemed to be the one to answer his middle of the night yelps and barks.  I cherished that time and was always happy to gaze up at the beautiful and starry sky.

It is hard being the caregiver for an elderly infirm pet. It is hard being a caregiver for any being that needs you unconditionally. There is an emotional, mental and physical toll.  But because of our unconditional love, we put them first, answer their needs, care for them. With complete trust, this being looked to me, barked at me, nuzzled me…. I carried him, lifted him, stroked him, I even fell in July as I was rushing to get him out of the house when he started having accidents. I held him in my arms fork lift style crashing down on the stone patio, trying not to let him hit the ground.  I was so bruised and cracked two ribs.  I think he was just surprised to be plopped on the ground and then confused at all the commotion as the rest of the family gathered around us to make sure we were alright.  I of course was more concerned about him.  Luckily he was not hurt.

I was the primary one that fed him and sometimes forced him to take all his medicine.  I brought him water and snacks when he was on the couch watching television with us. We called it “couch water” or “bed water” when we brought his water bowl to him when he was on the bed.  He snuggled with us on our bed each night, sometimes between my husband and I, sometimes curled up at my feet. Each morning when I woke up I would look over to see if he was still with us.

And then he took the turn.  He did not eat that day, and had refused his medications, the ones that kept his heart pumping.  We could see he was having a hard time, crying when he tried to move.  He loved being in the bushes and somehow walked to and spent the better part of the day hidden beneath the hydrangeas. I told the kids to keep an eye out and check on him.  I eventually had to go into the bush and pull him out.  I got up twice during that night with him. He had as we said, “yelped for help” and I promptly put on my bathrobe and slippers, and scooped him up off the bed and carried him down the steps and out the dining room sliding glass door.  I deposited him on all four of his then skinny legs on the grass just to the side of the stone patio where the motion detector light flicked on, illuminating his thin and wobbly shape.  He was weak and could barely stand and after a moment just sat down.  I put him on all fours again and he tried to walk to his favorite bush – but it was the middle of the night and I sweetly scooped him up telling him it wasn’t bush time.

The vet had given me a bottle of mild sedatives to help him settle down and have less frequent middle of the night yelps for help.  Her instructions were to give him one or two. Up until that night I had not yet given him any, but that night I did.

I knew he was barely hanging on.  I knew he was uncomfortable. He could not get up on his own. He had been having accidents for weeks.  He couldn’t take walks anymore.  I had put him in the car and taken him to the beach, and to his favorite spots. I knew he was getting ready to go.  I tried to memorize his paws, his eyes, his eyelashes even.

I placed one of my Rose Quartz crystal hearts on his chest as he lay on the bed…. I watched the rise and fall, heard the sound of his breath, and the moans of old age.  I stroked his body, held his paw, and scratched his head and behind his ears.  It was late, or early, the time blurred as we all dozed off.

The buzzing of my alarm pierced through the quiet of that August morning, like an emergency tone alerting us that something terrible had happened.  I popped up and immediately looked over to where Ditto was sleeping.  I stared at his body, looking keenly at his chest. It was only an instant but it seemed like I was watching him for a long time.

I don’t think I was surprised, I was just sad. There was no little up and down.  I woke my husband and said, “Ditto isn’t breathing.”  My husband had been up an hour earlier and had felt his chest gently moving up and down…. but now his heart was silent.

I had prayed and said to him many times, please just don’t wake up when it is time for you to go.  Let your soul leave while you sleep in between your human mommy and daddy.  I had said it so many times to him, to everyone that loved and cared for him.

I started this piece in August after he left us.  For months I have been unable to send it out into the world.  I couldn’t bring myself to post that Ditto had crossed the rainbow bridge.  I couldn’t bare to post and have people tell me how sorry they were.  I just needed to grieve in my own time in my own way.  I had spent so much time and emotional energy caring for this sweet soul.  Losing him was so hard and I felt empty.  A part of my life was now gone, missing, the finality difficult to grasp. There was no waggy tail to greet me when I came in the door.  The house felt strange and there was a void.  I slowly collected all the dog beds and blankets, his toys, snacks, and food, his brush, his leashes…

I do feel him around me sometimes.  I sense his energy and spirit when I hold his collar.  We have heard his bark and yelp.  We have seen him and Rogue on several occasions too.  I look at pictures of him when he was a young pup and remember him as this romping, beach loving, ball and shoe fanatic, and such a sweet companion.  He had lost half of his weight. The pup that had been over forty pounds and considered overweight at one time was now barely twenty pounds.  His body could not stay with us anymore.  At fifteen and a half years old, it was his time.

Perhaps the mild sedative helped ease his amazing doggie soul out of his old and withered body.  It was suppose to just calm him down and help him sleep.  I of course feel some guilt.  But the hardest thing I know would have been to have to call our vet and put him down. It was a gift and a blessing that he left us on his own, his last selfless act to his loving family.

People always ask me if I am planning to get another dog.  I had several dogs growing up, four in fact.  I also had a dog for a short time in college, and then there was the predecessor to Ditto, i.e. the name “Ditto.” But no other dog tunneled its way into my heart as Ditto had. He was truly the dog of my heart, the dog of my life.  He was my fourth and furry four legged child.  I cannot imagine another canine soul in my life.  But when I see posts and quotes about dogs, I smile and think of Ditto and how blessed we were to have had so much love and the great adventure of life together. 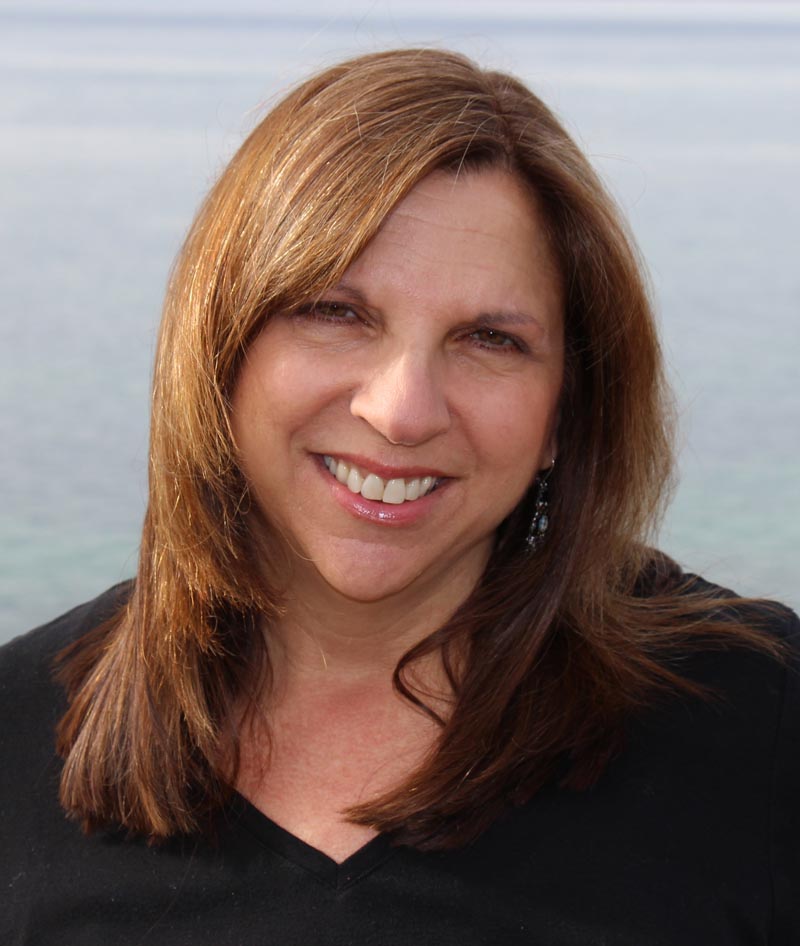 Jill Alman-Bernstein is an Intuitive Empowerment Coach, Soul Realignment Practitioner, inspirational writer, freelance editor and writer’s coach, deep sea soul diver, mother, and mermaid. She is the creator of the platform I Must Be A Mermaid focusing on inspiration, empowerment, personal growth, and transformation.

jillalmanbernstein.com
Posted in I Must Be a Mermaid and tagged Acceptance, Courage, ditto, Heart and Soul, Heartbreak, Journey, Love 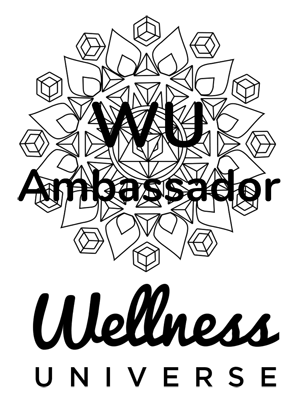